On the continued lack of public utility vehicle services – some observations

Traveling along Marikina roads en route to my office, I spotted not a few of the minibuses that are being promoted as modernized or modern jeepneys. These are definitely not jeepneys or jitneys but small (or mini) buses. They are airconditioned with seating capacities about the same as the typical conventional jeepneys but with space for standing passengers once these are allowed given the pandemic. There’s a lot near the end of the Gil Fernando Avenue Extension that serves as a depot or parking lot for vehicles that have not been deployed (or sold?). And here are a couple of photos showing these. 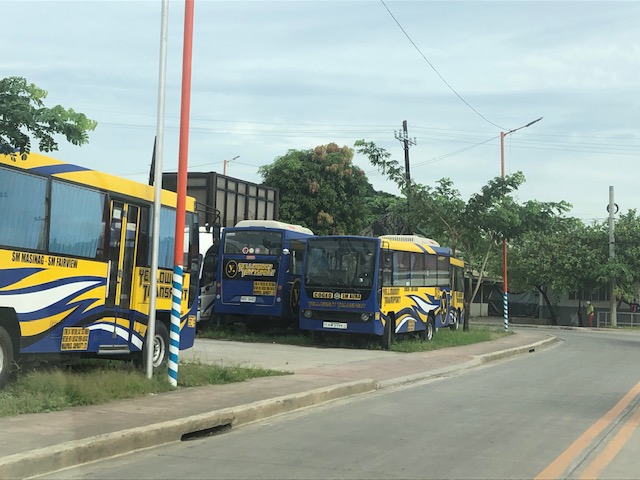 These mini-buses used to ply the SM Masinag – SM Fairview (via Marikina and Batasan) and Cogeo – SM Aura (via Marcos Highway and C-5) routes.

There is a perceived continued lack of public transport supply in Metropolitan Manila and its adjacent cities and municipalities. This is evidenced from the long lines at terminals and stations and the many people waiting for a ride along streets. With the DOTr and LTFRB slowly but surely adding buses, “modern jeepneys” and conventional jeepneys along many old routes and new ones, it may seem that there are enough vehicles. The situation may be summarized as follows: