I’ve seen and read articles and discussions about the proposed MRT Line 4 along Ortigas Avenue. I’ve written about having a mass transit line along this corridor in the past as it is one of my alternate routes between our home and my workplace. The Line will have the following stations (based on the news articles that came out):

Following are photos of the current soil test locations for Line 4, all of which are along the eastbound side of Ortigas Avenue Extension between Cainta Junction and Tikling Junction: 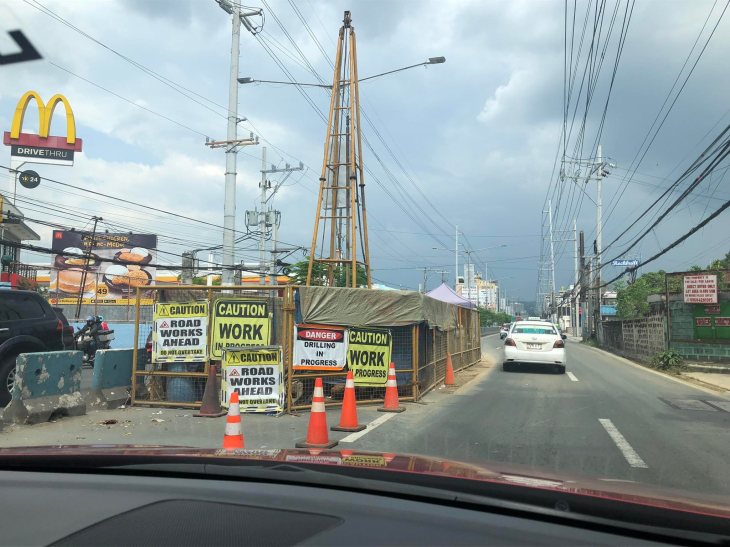 Soil test across the former G-Liner

Soil test just after the junction with Valley Golf across from the Primark commercial center.

I will not be commenting on Line 4 and its being a monorail at this point. I will probably be writing about this and the idea of having cable cars for Rizal in another post.

By d0ctrine in Infrastructure, Railways on August 22, 2022.
← On university-community collaborations On the impacts of bicycle use →