The MMDA is implementing a one-week dry run of its motorcycle lane scheme along EDSA starting today, February 14. The scheme is the same as that implemented along Commonwealth Avenue where motorcycles are assigned to use only one lane of a road – in the case of EDSA the 4th lane from the curbside. To guide riders and drivers of other motor vehicles, the MMDA used alternating white and line blue pavement markings for the motorcycle lane similar to what was done along Commonwealth.

Following are photos taken last week along EDSA and a few observations on the traffic conditions with respect to the motorcycle lane scheme.

Light blue lane markings can be seen designating the 4th lane from the curbside for motorcycles. The yellow markings are for the two outermost lanes that are designated as bus lanes. While bus lanes are supposed to be for the exclusive use of buses, many private vehicles use the lanes throughout the day and are not apprehended by traffic enforcers for this encroachment.

Sign for the motorcycle lane already installed along EDSA before the MRT Santolan Station as of February 9 – this photo was taken around 3 PM (not yet the afternoon peak period). 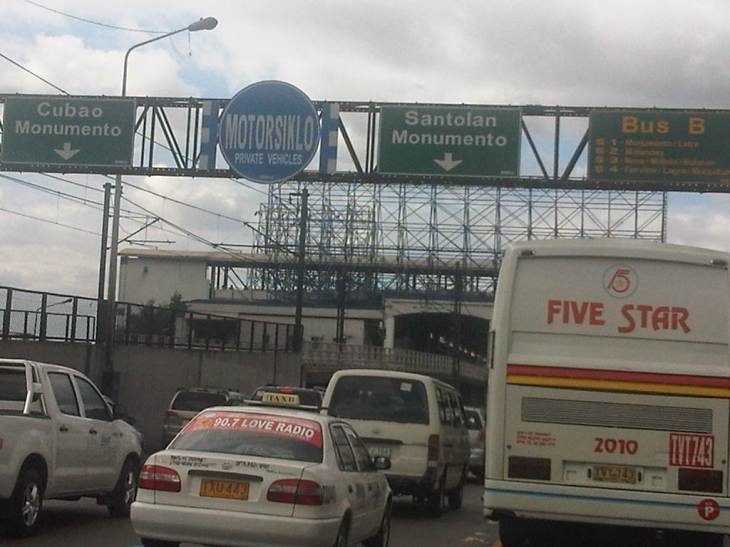 Close-up of sign for the motorcycle lane but with “fine print” indicating that the same lane may be used by private vehicles – herein lies the problem as private vehicles are sure to mix it up with motorcycles, with the high likelihood that riders will revert to lane splitting or using other lanes. This will be an enforcement nightmare. 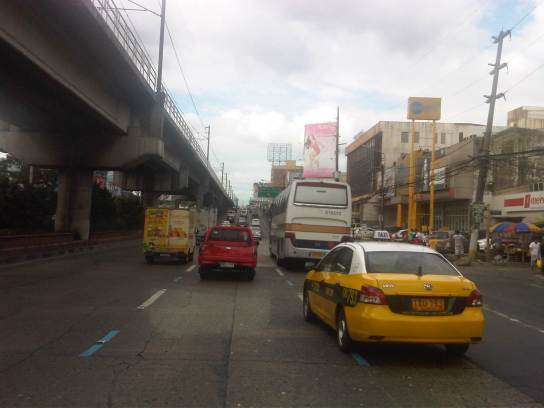 Motorcycle lane prior to the Kamias-East Avenue overpass along EDSA.

Motorcycle lane along EDSA beneath the EDSA-MRT GMA Station

Bus and motorcycle lanes along EDSA past the the MRT GMA Station. Traffic is typically light along this stretch as many vehicles turn towards East Avenue or Timog Avenue. 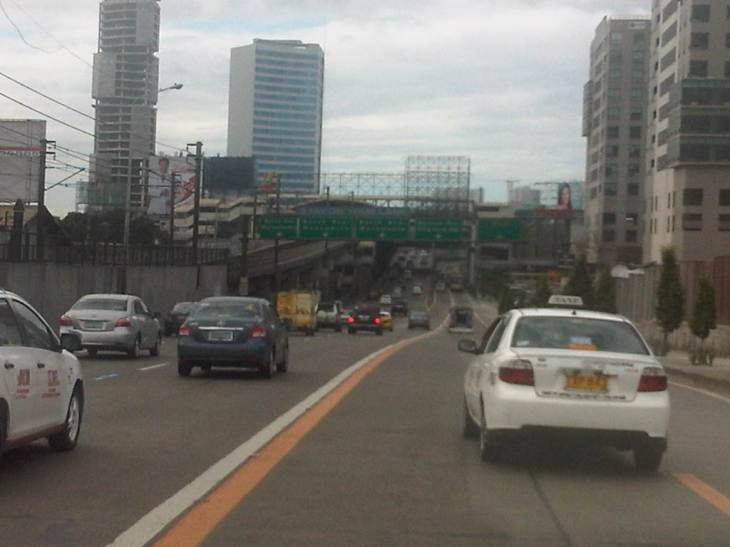 Motorcycle lane ascends the flyover crossing the junction with Quezon Avenue – the lane is again the middle of three lanes. That’s the EDSA-MRT Quezon Avenue station on the left and downstream in the photo and the Centris mall on the right.

If the implementation of the motorcycle lane scheme along Commonwealth is to be the basis for assessing the likelihood for success along EDSA, I believe that we can be expect significant behavioral changes along EDSA. For one, motorcycle riders along Commonwealth have been generally diligent in following the scheme. This can also be expected for most riders using EDSA should the MMDA be strict, firm and fair with their enforcement duties. Meanwhile, drivers of private vehicles have been becoming more aware and respectful of motorcyclists rights of way along Commonwealth and we are hopeful that such will eventually be the case along EDSA, although both enforcement and management will be much more challenging due to the sheer volume of vehicles involved and the more restricted space for traffic flow. It is to be expected that there will be many stubborn private vehicle drivers who even without the motorcycle lane are already encroaching on the bus lanes. Even more challenging will be the behavioral change required of buses given their propensity for reckless driving. I wanted to emphasize behavioral change here because I strongly believe that this is a critical factor for the improvement of traffic and transport in Metro Manila where many issues have roots on driver, rider and pedestrian behavior.