[This post has generated a lot of inquiries about fares and schedules for RORO services between Batangas and Mindoro. I would like to clarify that what I wrote about is on one experience we had on a trip about 2 years ago. I am not connected with any of the ferry companies nor am I connected with the port authorities. For more info/details, here as some useful links:

Due to rough seas, there were no SuperCat trips between Batangas and Mindoro when we arrived at Batangas Port one Thursday morning. It seemed that there was only one fast ferry under the banner of SuperCat that plies the Batangas-Calapan route and it was on hold in Calapan due to rough waters. Later in the day though I would theorize that there might not have been enough passengers that morning between the cities and a decision had to be made not to make the trip, with the convenient and irrefutable reason of rough seas. 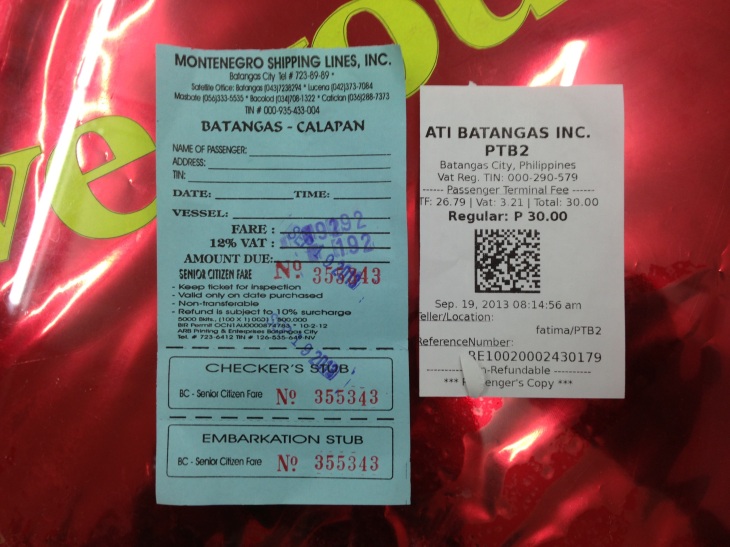 A view of two RORO ferries docked at the Batangas Port. One was operated by Montenegro Lines’ Marina Ferries and the other by Starlight Ferries. 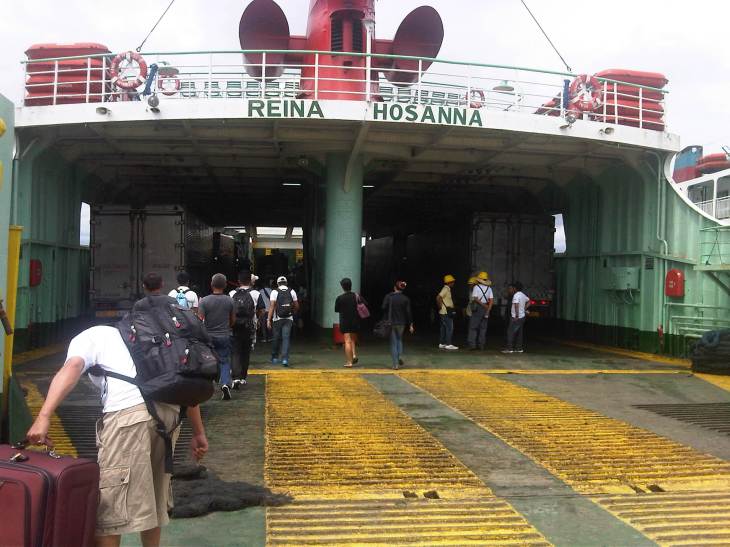 Passengers boarding the ferry Reina Hosanna. Some vehicles, mostly trucks were already loaded on the ferry.  Others would have to wait until passengers have boarded the vessel.

A view inside the ferry where vehicle and freight are positioned and secured for the voyage. People form a line before the narrow stairway to the passenger level.

Passengers climbing the narrow stairway to the passenger deck of the Reina Hosanna.

A provincial bus arrives to board another RORO ferry, the Starlight Nautica, which was scheduled to leave an hour after our scheduled departure. There are many bus companies plying the western nautical highway route , which can take the traveler to Caticlan, the jump off point for Boracay Island. 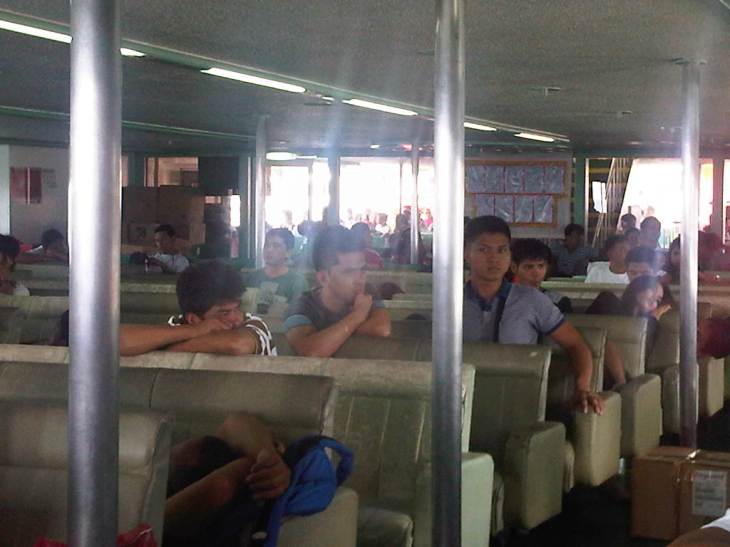 A view inside the passenger deck – seats were cushioned but mostly dilapidated and obviously requiring re-upholstery. The cabin seemed to be originally air-conditioned and we were lucky that the weather was fine and not so hot that day. Some passengers went to the upper deck to get some air.

Rough seas along the Verde Island passage to Calapan. We actually saw two fast craft going the opposite direction during our almost 3-hour voyage to Mindoro. One was a SuperCat and another was a FastCat, and they were traveling despite the same rough waters shown in the photo! 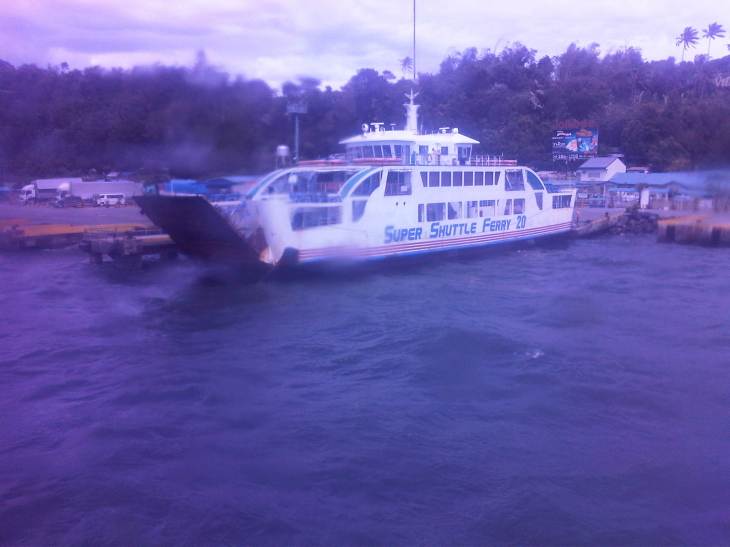 Crew throwing a line to the port as our ferry docked at Calapan. 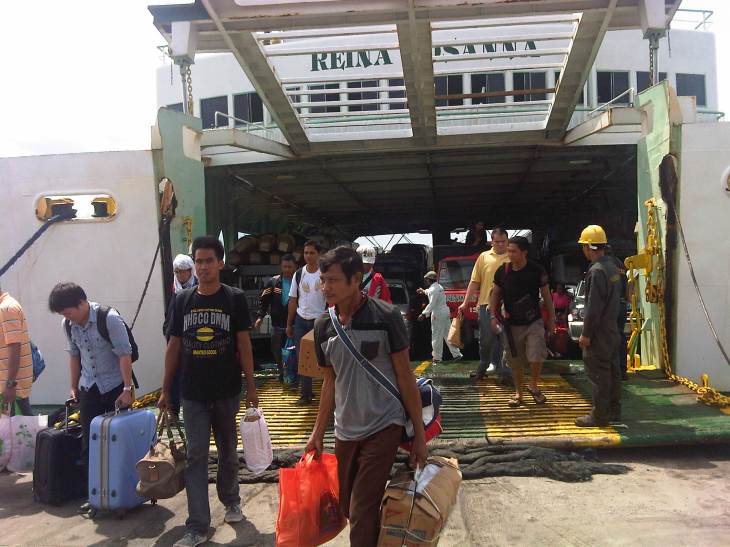 Passengers disembarking from the ferry.

Vans waiting for passengers bound for various destinations in Mindoro including those in Mindoro Occidental on the other side of the island.

It was my first ferry ride in a long time. The last one was a fast ferry trip using the SuperCat service from Cebu to Tagbilaran, Bohol. That was in the afternoon and was quite a rough ride, too. I think shipping lines should not balk on the safety and comfort of passengers. People would be willing to pay a higher fare if the vessels are in better condition and facilities such as seats are well-maintained. I can only imagine the traveling conditions during the peak periods when a lot of people would take these RORO ferries as they are usually the cheaper and practical option between islands. –