Harbinger of change for public transport?

Comets have been viewed as signs, omens or harbingers of something that will happen. I like the word “harbinger” more than “omen.” It brings about a certain mystery to it that does not necessarily imply something bad or evil. In this case, the comet is a vehicle and “Comet” stands for City Optimized Managed Electric Transport, an electric jitney that is being touted as a replacement for the ubiquitous jeepney that has evolved from its WW2 ancestor. It does have the potential of being a game changer if there is an enabling environment for it and if (a big “if”) it addresses fundamental issues with electric vehicles such as those that are technical (battery life, range, speed, etc.), pertaining to after sales (maintenance, technical support) and operational (suitable routes, fares, charging stations, etc.).

[All photos taken by Engr. Sheila Javier of the National Center for Transportation Studies] 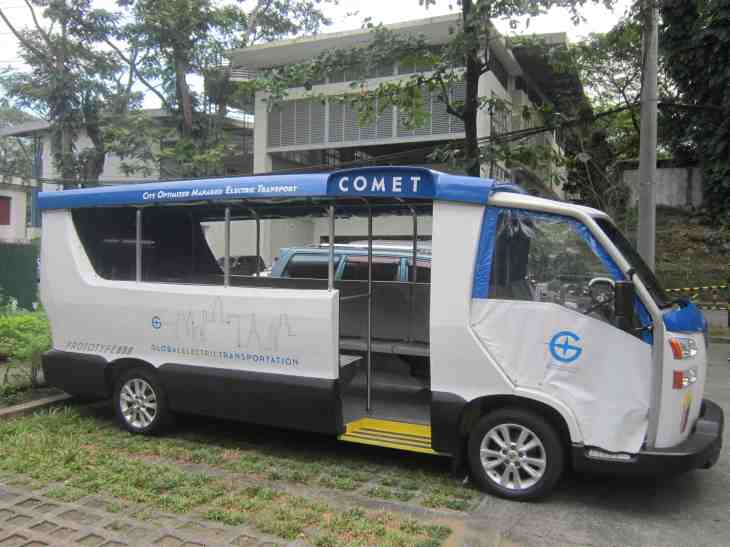 Prototype Comet at the NCTS parking lot – notice that it is larger than the AUV on the other side of the vehicle. The Comet will utilize a tap card for fares, similar to the card that is proposed for use in the Automated Fare Collection System for the LRT/MRT system. 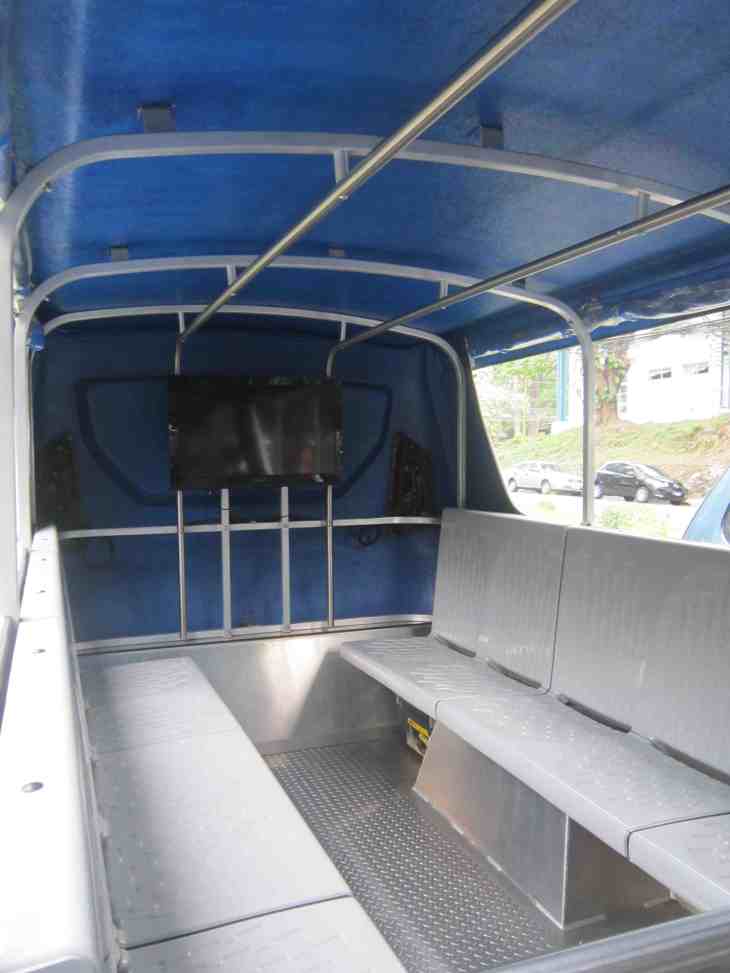 Inside the vehicle, one immediately gets a feeling of space. In fact, a person can stand inside the vehicle unlike the case of jeepneys where people need to bend so as not to bump their heads at the ceiling.

The vehicle has a side entrance and exit unlike the rear doors of typical jeepneys.

The Comet looks like a mini-bus from behind. Proponents have stated that drivers will be trained for road safety as well as operations for designated stops and scheduled services.

The Comet is being touted as a replacement for the jeepney and is being promoted via an initial route that would connect SM Megamall in Ortigas Center, Pasig City to SM City North EDSA in Quezon City. The route will be counter-clockwise from SM Megamall to SM North EDSA via Circumferential Road 5 including E. Rodriguez Avenue and Katipunan Avenue, UP Diliman, Commonwealth Avenue, Elliptical Road and North Avenue. From SM North to SM Megamall, it will take EDSA. While I am not sure if the Comet has been granted a franchise and how many units they can deploy, this proposed route will overlap with existing jeepney and bus routes including direct competition with UP-Katipunan and UP-North EDSA routes, and buses plying routes that cover the stretch from North EDSA to Ortigas Center. I think that this route is mainly for publicity considering there are probably other, more suitable routes for the Comet. It has not been subject to rigorous tests (just like the e-jeepneys before it), which is not a good thing, considering the experiences of the e-tricycle in Taguig and the e-jeepneys in Makati. Hopefully, they have learned the lessons from these past efforts and that they already have the answers hounding EVs as applied to public transport.

By d0ctrine in Electric Vehicles, Paratransit, Public Transport on February 21, 2014.
← From FX to UV Express – a story of evolution Transport and traffic purgatory, paradise and inferno →