Another crash along NLEX – losing control?

We were returning from Clark last week when we chanced upon a crash site along the North Luzon Expressway (NLEX). We already suspected this as we approached a build-up of traffic along the southbound direction where there is usually free-flowing traffic. Here are some photos of an overturned vehicle on the median. It seems like it is the only vehicle involved as there were no other vehicle in the vicinity that could have been involved. However, it is possible that there was another vehicle involved in a situation where the overturned vehicle’s driver lost control after interacting with the other vehicle. Obviously both vehicles could have been traveling at high speeds (they are on an expressway) so this could have been an example where the combination of speeding and weaving in traffic led to an overturned vehicle (i.e., one lost control). 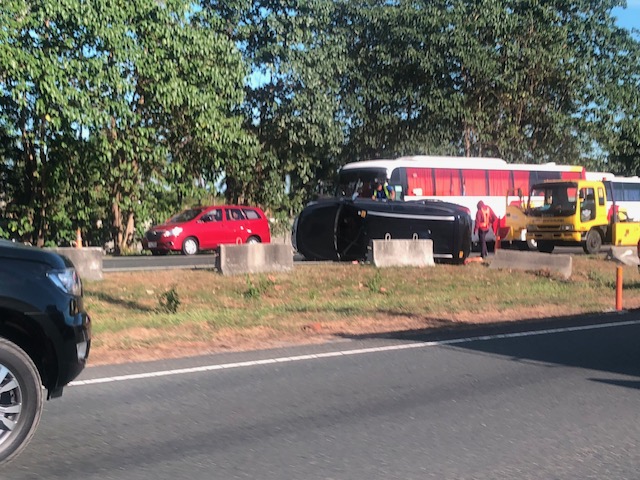 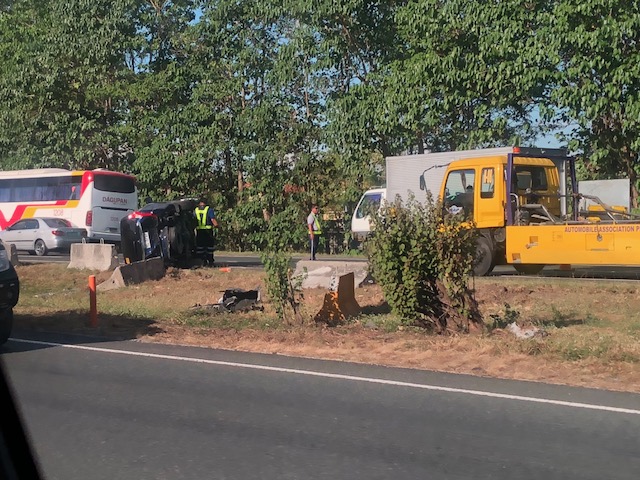