I remember posting about “submersible bridges”, dike roads and the like. There were two roads atop 2 dams that were part of 2 reservoirs in : the Canili River Reservoir and the Diayo River Reservoir, which are dwarfed by the much larger Pantabangan reservoir and dam nearby. These two reservoirs are at the border of Nueva Vizcaya (Alfonso Castaneda) and Isabela (Maria Aurora), which also happens to be the border of Regions 2 and 3 (Cagayan Valley and Central Luzon, respectively). Here are photos of the roads atop the dams that are part of the Pantabangan-Baler Road.

Vehicles may only pass a single lane with shoulders on either side of the lane. And so there are people posted at either ends of the sections to manage the one-way traffic. 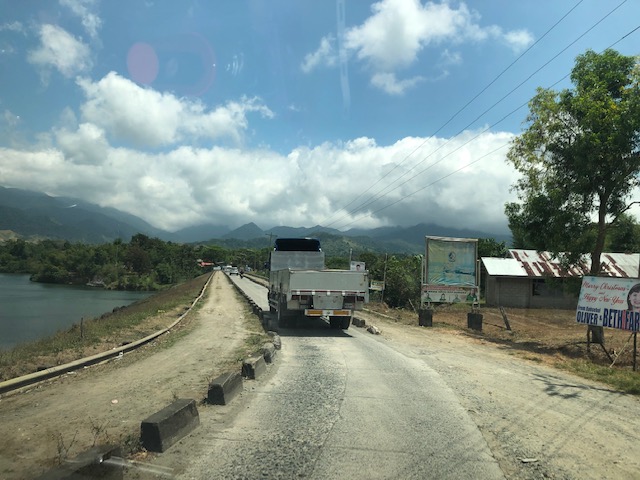 The reservoir is visible on the left side of the photo 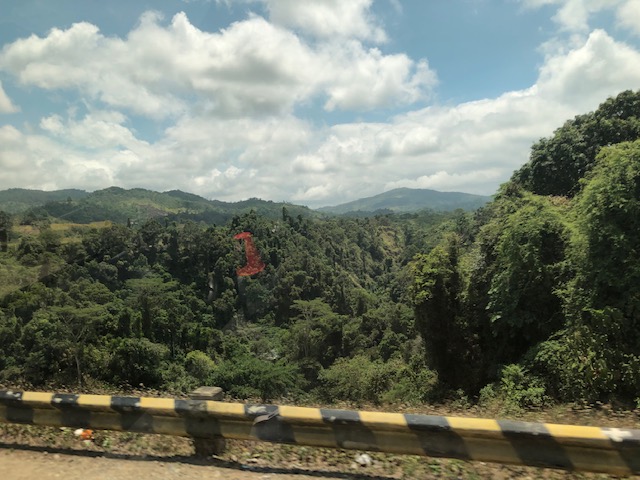 Forested area and ravine on the right side

Some fish pens on the Canili reservoir side

A view of the east end of the Canili reservoir road where westbound vehicles await their turn to traverse the section.

The eastern end of the Canili reservoir road 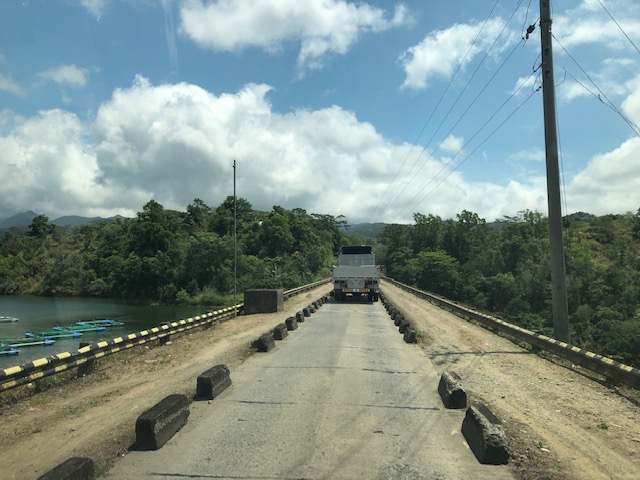 Traveling along the Diayo reservoir road 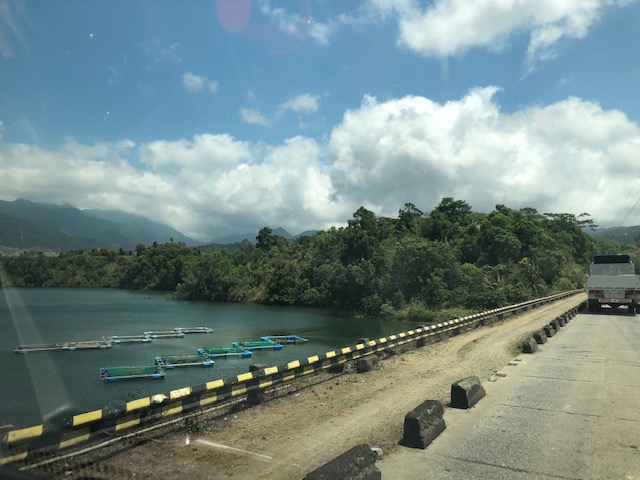 Fish pens at the Diayo Reservoir 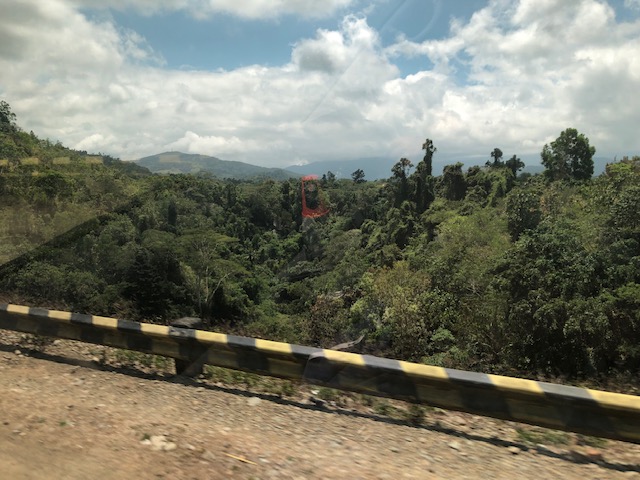 The other side of the dam

The eastern end on the Diayo reservoir road where the single lane road transitions into a 2-lane road.

By d0ctrine in Bridges, Highways and Streets, Infrastructure on May 17, 2019.
← Safety guides for pedestrians and cyclists Cauayan Airport arrival →