There have been a lot of new models of vehicles serving as public transport in Metro Manila. It came as no surprise that we found similar vehicles (e.g., Beep or modern jeepneys as some people refer to them) as well as buses in a city that was supposed to have had the first operational Bus Rapid Transit (BRT) line in the country. Sadly, the Cebu BRT has not been constructed and now national government agencies and the local government is mulling a light rail transit system instead. Here are some photos of the Beep vehicles operating in Cebu as well as a couple of bus services.

Beep mini-bus beside an old jitney – the vehicle sizes are comparable but the Beep capacity is larger. The Beep is also air-conditioned and features a layout similar to buses. 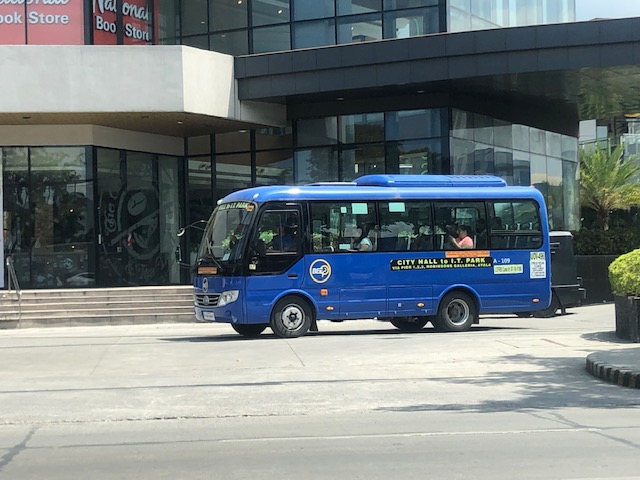 MyBus depot at the SM City Cebu North Reclamation Area – these are currently plying the route connecting SM City Cebu with SM Seaside. The route is actually one that was considered for a pilot Bus Rapid Transit (BRT) line – supposedly the first one in the Philippines – that did not come into reality.

By d0ctrine in Bus, Paratransit, Public Transport on July 16, 2019.
← Another look at the Mactan Cebu airport taxi stands Slippery when wet →