Home » Behavior » Some commentaries on the jeepney modernisation

Some commentaries on the jeepney modernisation

The nationwide transport strike last Monday elicited a lot of reactions from both supporters and opponents of the the initiatives to modernise the jeepney. Both sides have valid points but both, too, have weak points. Much has been discussed about the cost of acquiring new jeepneys to replace the old ones and whether you agree or not, these are really a bit steep to the typical jeepney driver-operator.

A low downpayment will certainly mean higher monthly amortisations. And most drivers/operators can only afford a low downpayment with or without the 80,000 pesos or so subsidy from the government. Even if you factor in some tax incentives, the net amount to be paid every month will still be too much for a typical driver/operator. Anyone who’s ever purchased a vehicle, new or used, through a loan should know this, and to deny it means you probably are privileged enough not to take out a loan.

Certainly there are exceptions like certain Beep operations that are supposed to be run like a company or cooperative, and where fleet management techniques allow these to operate more efficiently and cost-effectively. The latter supposedly allows the owners to recover their capital (return of investment) for the purchase of the new jitney units.  The reality, however, is that not all routes are good enough for the required revenues and the better earning ones subsidize (forced?) those that are not profitable. The ‘company’ or ‘coop’ can therefore hide these unprofitable cases as the collective performance of the routes they operate along become the basis for assessment. 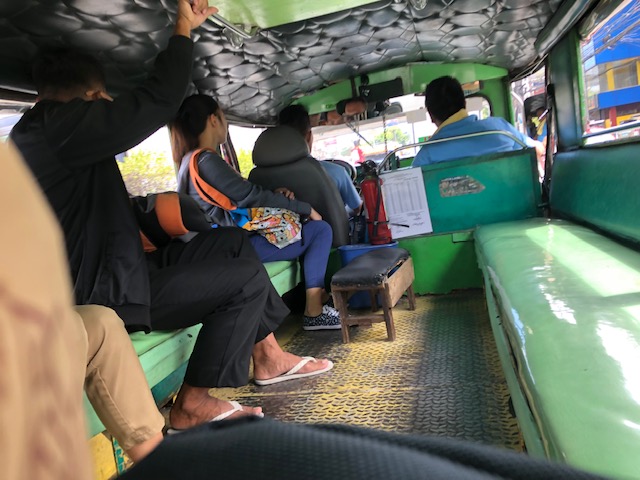 It is true that the business model (or what is passed off for one) for jeepney operations is flawed. More so if you place this in the context of transport demand for a metropolis like Metro Manila. That is why perhaps corporatization or cooperatives can probably help in terms of improving processes and practices (e.g., maintenance regimes, deployment). So perhaps this is where government should step in and be more aggressive in organising jeepney drivers and operators. I would even dare say that government should be willing to extend more financial support if significant change in public transport is to be achieved. The Office of the President, Senators and Congressmen enjoy a lot of pork and the numbers for a single year indicate that they can, if willing, purchase new jitneys for their constituencies perhaps focusing on the cities and retiring the old, dilapidated public utility vehicles. That, I think, is a more ‘intelligent’ use to these funds that are allegedly being misused by our politicians.

So, was the strike a success? I think the answer is yes it was. Government cannot deny this as it was forced to suspend classes in schools in order to address the impending shortfall of services during the strike and many LGUs were forced to provide free transport services (libreng sakay) in many forms (e.g., dump trucks, flat bed trucks, etc.). You can only say it was a failure if it was business as usual with commuters feeling minimal impact of the stoppage in jeepney operations.