Upon reaching the end of the existing C-6, travelers encounter an intersection at the mouth of the Manggahan Floodway that leads to Taytay, Rizal via the Barkadahan Bridge. Turning right leads to Taytay while turning left leads the traveler to Pasig City via Sandoval Avenue. C-6 and Sandoval Avenue are linked by a short road named Ejercito Avenue.

Turning left from C-6, travelers are greeted by the walls of exclusive residential subdivisions.

Among these subdivisions is Greenwoods, whose Phase 10 is located near C-6 and the Manggahan Floodway to Taytay, Rizal.

The easternmost section of Ejercito avenue was under rehabilitation when we passed the road. Only one lane, the one where the sub-base was exposed, was available to motorized traffic. The other lane is presumably still in the curing stage but is used by pedestrians and cyclists.

Past the section under repair is a section that’s showing a lot of pavement distresses that appear to be partly due to patch-up work by a water concessionaire (note the features of the concrete slab in the middle of the road where an excavation for waterworks used to be).

Rehabilitated section of Ejercito Avenue features what appears to be properly cured pavement but with curb only along one side.

Open residential area in Pinagbuhatan, Pasig where one can see that the pavement is higher in elevation compared to the ground floors of most houses. This us usually an indication that the area is prone to flooding. 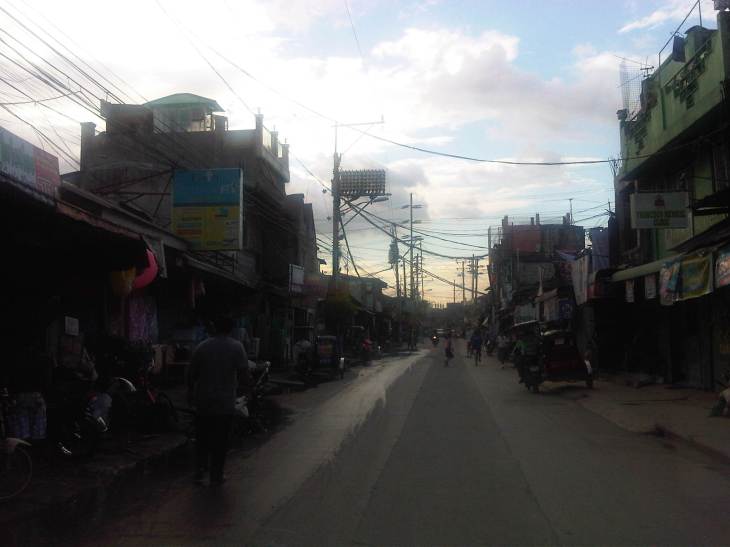 Some parts of the road pass through what appears to be unplanned developments typical of informal settlements or resettlement areas for people from Pasig and other cities of Metro Manila. Notice the bunch of meters installed by the Meralco on the post in the middle of photo? That’s another indicator associated with crowded, unplanned areas. I always wonder how Meralco staff are able to read the meters and collect payments due. I assume there are still significant losses here due to jumpers that are eventually subsidized by those who do pay their bills.

Noticeable in this photo, the previous one and the next one are indications of previous waterworks in the area. The pipes are laid out under the middle of the road and so requires excavations in cases when maintenance works need to be undertaken. 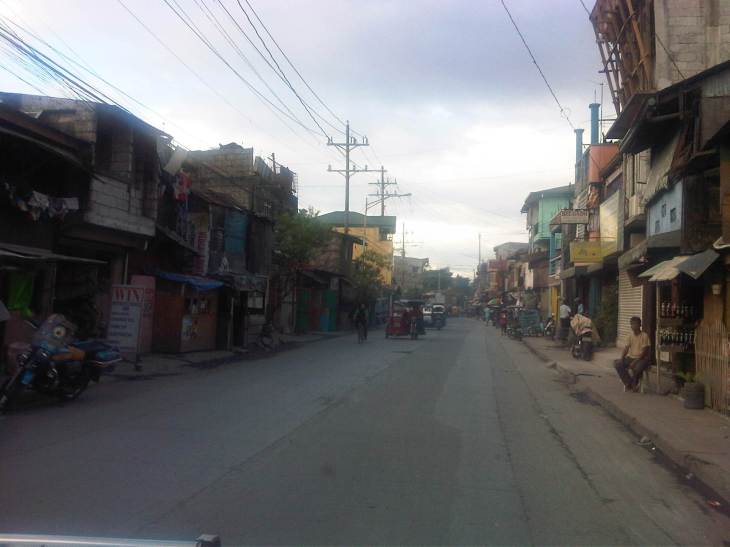 Ejercito Street ends where P. Sandoval Avenue begins. From what we observed this transition from one road to another is not a clear one except perhaps to those who are familiar with the area such as residents of Pinagbuhatan, Pasig City.

By d0ctrine in Highways and Streets, Land use on January 21, 2013.
← AGT demonstration runs at UP Diliman C6: Bicutan to Napindan →