Home » Air travel » On delayed flights in the Philippines

On delayed flights in the Philippines

I participated in a conference held in Puerto Princesa, Palawan last November and both my flights to and from Puerto Princesa were delayed. The first one was delayed by 1 hour. We boarded on time and there were no announcements of delays. However, we sat inside the plane for about an hour including taxiing towards the runway and then waiting in queue before we were cleared for take-off. The pilot was constantly on the PA system though, informing passengers about the cause of the delay, which was airport congestion. This was a reference to the many take-offs and landings (departing and arriving aircraft) being handled by the airport at the time.  It seems air traffic control could not cope with the number of aircraft departing and arriving at NAIA even considering the airport had two runways that were operational (We took off using the secondary runway.). 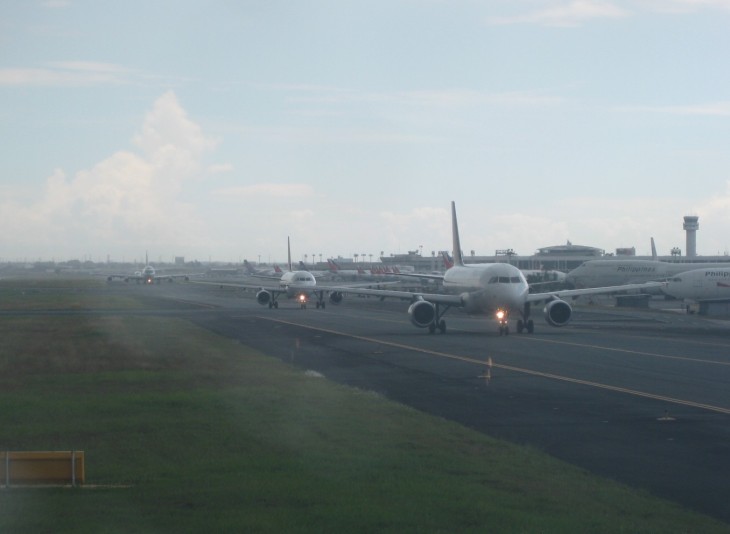 I won’t mention specific airlines as I think domestic flights by all airlines have been incurring significant delays and not just recently but among the main possible reasons for delays that can be charged to the airline are the following:

1. Airport congestion – This can refer to either the runway or the passenger terminal. However, for the latter case  you can have examples of very congested or crowded terminals of airports that have planes taking off and landing on time. Tagbilaran and Roxas Airports are like that, and Mactan (Cebu) and Bacolod-Silay have passenger terminals that are becoming if not already congested. Thus, airport congestion as a reason for delays must be due to runway operations. A single runway airport will handle fewer flights compared to those with multiple runways. Airport runway design and configuration are influenced by many factors but given any single runway in a major airport like NAIA it is already assumed that these factors are already considered in operation and on a typical day under normal or even favorable conditions, the only other significant factor for runway operations is air traffic control. Air traffic controllers would be responsible for guiding arriving flights and clearing planes for take-off. The number of take-offs and landings will also be significantly affected by how air traffic control “queues” planes in the air and on the ground.

2. Too many flights – Airlines tend to maximize the use of their aircraft and seem to be scheduling more flights that they can handle. This results in the very common “late arrival of turnaround aircraft” reason that airlines announce as the reason for delayed flights. Granted, in many cases this is ultimately due to reason #1, it seems that other airlines that have lesser flights also have less problems of this kind. In fact, I have observed that in many if not most instances, international carriers do not incur as much delays as local carriers and among local carriers there seem to be a unanimous observation on which “planes are always late” these days.

It seems at first that the main issue is not necessarily airlines overbooking their flights since air traffic control and the number of runways can be major factors influencing the number of aircraft that can take-off and land during a particular period. However, one particular airline has a knack for offering a lot of flights that they obviously cannot handle with all the delays and cancellations they have been incurring to the consternation of a lot of travelers. Though I myself use the airline often due to the convenience of their schedules and frequencies, I too have been victimized many times of these delays including one flight to Singapore a couple of years ago when, instead of arriving in time for dinner I ended up arriving home just after midnight.

Recently, there have been calls for the airline and others performing like it to be penalized in order for them to realize how much inconvenience they have brought on to their passengers. I think this is right in order to send a clear message to airlines that safety and service come first before profit. Too many flights, no matter how convenient to the passengers in terms of schedule, is not a substitute for good quality service. Being a budget airline also does not excuse it from what a lot of people have branded as crappy service. This mentality of airlines reminds me only of similar mentality among bus and jeepney operators (land transport) but that’s another story.