A new bridge had been under construction beside the older Barkadahan Bridge. Instead of expanding the existing bridge, the proponents decided to build another bridge likely so as to reduce disturbance of traffic along the already congested first bridge. This is the same strategy for the bridge across the Pasig River in Nagpayong/Napindan that will reduce the potential bottleneck for when C-6’s expansion is completed. Unfortunately, the bridges don’t seem to include provisions for exclusive bicycle lanes that are clearly incorporated along much of C-6. 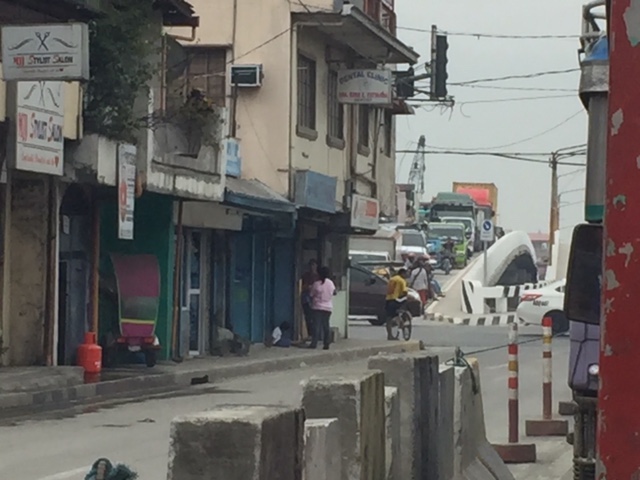 I took this photo as we were in queue at the approach to the intersection of Highway 2000 and the Manggagan Floodway’s East Bank Road. The new bridge can be seen here bearing eastbound traffic. The alignment at the intersection has not been addressed and so requires through traffic to basically swerve towards the entry to Highway 2000. 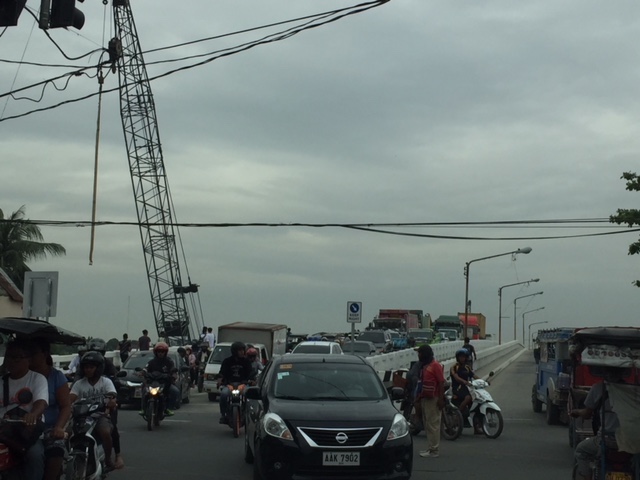 Here’s the intersection and the newly opened bridge. Note the vehicles coming towards my position as they follow a trajectory from the bridge to the narrow exit leg of Highway 2000.

Instead of a single lane along each direction, the two bridges now allow for at least 2 lanes of traffic either way. I say at least because a case can be made for 3 lanes to be indicated (there are no lane markings yet). The issue here though is that there is significant truck traffic crossing the bridge and two trucks traveling beside each other easily occupies the entire bridge. Thus, maybe a wide two lanes can be designated for both bridges with an opportunistic third lane forming depending on the traffic.

By d0ctrine in Highway Engineering, Highways and Streets, Infrastructure on December 18, 2017.
← On car following C-6 expansion and upgrading on the way… →