The aircraft we were flying on in a recent trip circled on the approach to NAIA and we were afforded some terrific opportunities to take aerial shots of Quezon City. This was before the rains of the Christmas holidays so the skies were clear of clouds. Here is one of the photos I took showing the University of the Philippines Diliman campus. 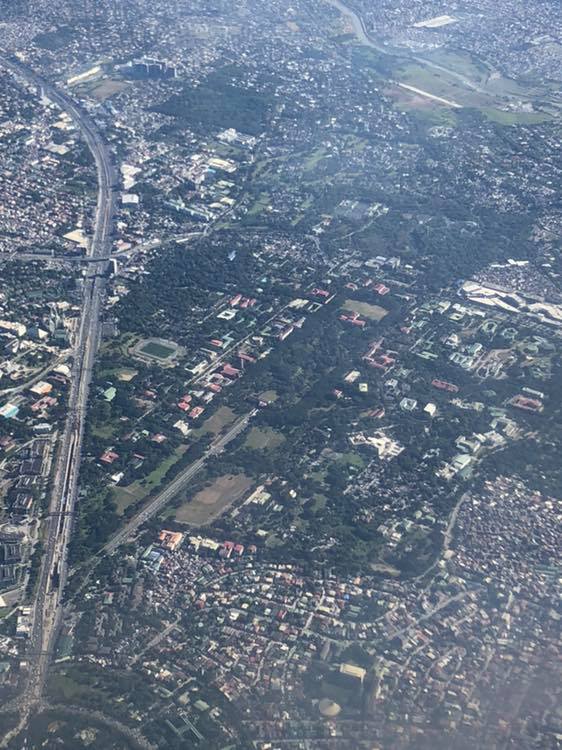 That wide road on the left is Commonwealth Avenue and you can see part of the Elliptical Road at the bottom left. There are few large patches of green in Metro Manila and many are in the largest city – Quezon City. You can see that these include the campus and Balara.

Aerial photos are no longer that rare these days as there are many who take shots from drones. Then, of course, there are shots like these you can take from the plane you’re riding. Have a nice Sunday!

By d0ctrine in Air travel, Land use on January 6, 2019.
← Smoggy Metro Manila and a look forward to improving transport and air quality in 2019 Shoes made in Marikina →