Another look at NAIA T3 – departure

With the recent withdrawal of charges by PIATCO, the full operations of NAIA’s Terminal 3 should be underway. Until now, the operations of the terminal has been at best limited despite the increasing number of flights being handled by the terminal with the continuing growth of Cebu Pacific and the addition of Japan’s All Nippon Airways (ANA) to the few airlines that have made Terminal 3 their home in the Manila. With plans for the much maligned Terminal 1 to be renovated and the impasse on what to do at Clark, it is expected that more international flights will be handled at T3. Following are photos of the Terminal 3 North Wing departure area from a recent trip. The North Wing handles the domestic flights while the South is for international operations. 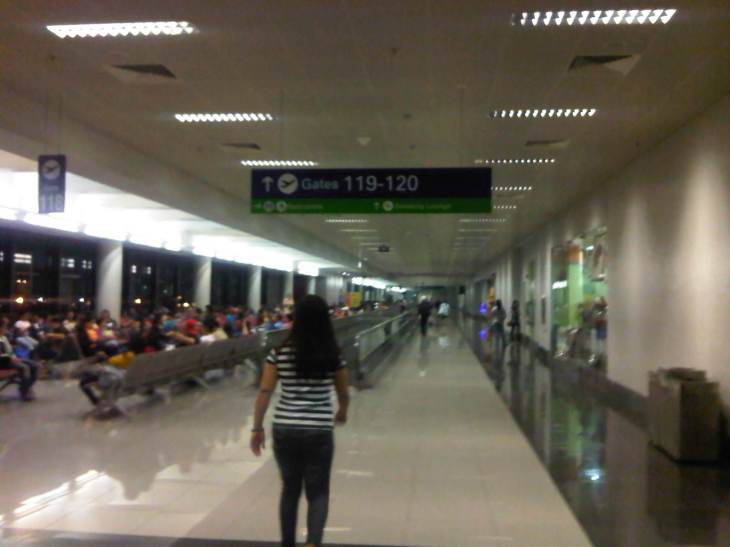 There are already many passengers taking the early morning flights. This photo was taken at around 4AM and shows shops to the right along the corridor and the seats lined up along the left. The walkalator or conveyor was not functioning just like at the other wing (I am unsure of the reasons but this was probably to reduce operations and maintenance costs.).

Our gate was at the end of the wing and there were few people when I arrived at the area. Other passengers can be seen napping across several seats as they wait for their flights to be called.

I guess its clear from the photos that Terminal 3 is clean and orderly though many facilities like the moving walkways are not currently operational and there is still the issue regarding the non-operation of the multi-storey car park for the terminal. Hopefully, such issues are eventually resolved and the full operation of the airport for international flights is indeed something to look forward to.

By d0ctrine in Airports on February 17, 2012.
← Revisiting the Bacolod-Silay Airport Coastal Expressway →