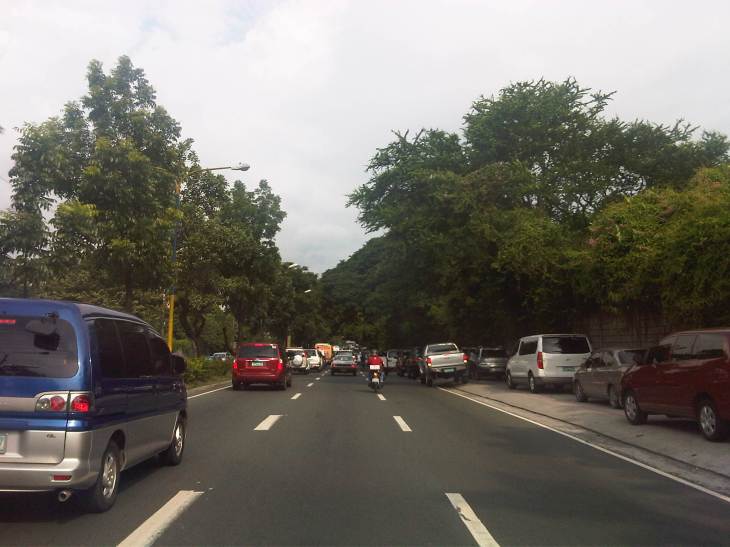 Parked vehicles on the sidewalk are seen as we approached the tail of a very slow moving platoon owing to the congestion generated by an exclusive school. 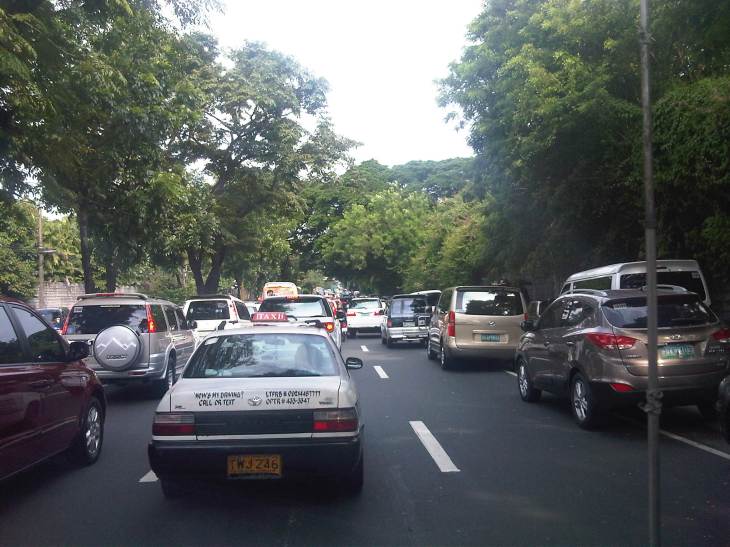 Traffic jam with road capacity reduced by the parked and standing vehicles along the EDSA-bound side of Ortigas Ave. The trees are witnesses to the chronic traffic jams and help alleviate their impacts by absorbing emissions from the vehicle. 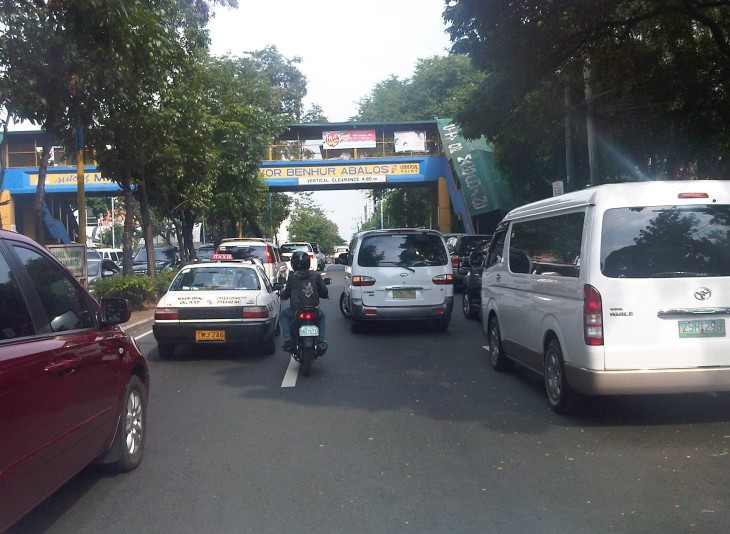 The overpass bears the name of the mayor of Mandaluyong City, where this school is located and which has jurisdiction, together with the MMDA, for traffic management in the area. At the time we passed the area though, there were no enforcers in the area despite the severe congestion. Is this because they gave the responsibility (or burden) of managing traffic to the school? Perhaps there was no need to post enforcers here as congestion is a regular thing and people seem to have been conditioned with the almost daily experience.

The area at the foot of the pedestrian overpass actually functions as a pick-up and drop-off area for students of the school. As such, vehicles occupy not just the the sidewalk but also more than a lane of Ortigas Avenue. This effectively constricts traffic along this major road. 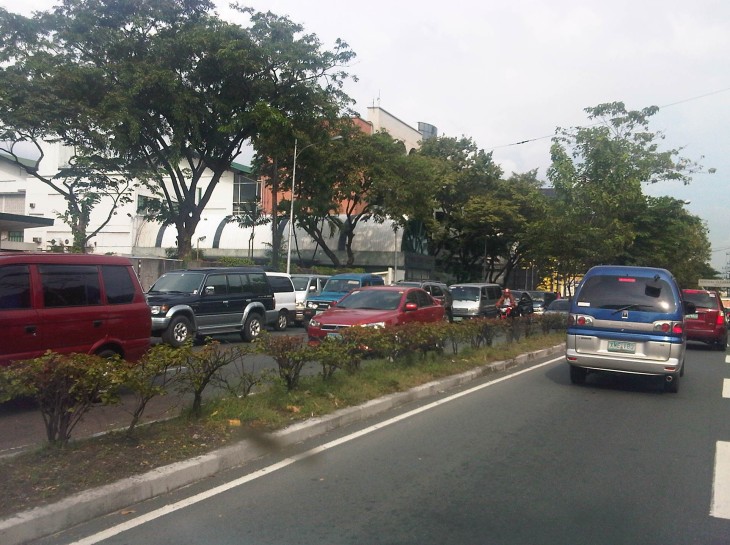 Traffic is slow along the San Juan-bound direction of Ortigas as vehicles waiting for their passengers (students of the school) are lined up and occupying the outermost and even the middle lane of the road.

This queue is not entirely attributed to traffic generation by the school but is likely due to traffic management at the EDSA-Ortigas intersection, which is signalized. If the signal setting is not optimized or if the intersection is not cleared of straggler vehicles, traffic is backed up along all the approaches to the intersection. The tall building in the background hosts DOTC’s headquarters. I wonder if our officials are taking in the congestion that occurs almost daily (weekdays) and if they are even crosses their minds how to solve this problem and others like it around the country.

Proof that congestion is along both directions of Ortigas Ave. is seen in the middle of the photo where vehicles are also backed up along the overpass ramp coming from EDSA’s northbound side. For what it’s worth, the DOTC headquarters is right along this road at the building where the 7-Eleven (sign visible in the photo) is located.

Another and even closer look of what is literally bumper-to-bumper traffic along both sides of Ortigas Avenue during the afternoon peak triggered by the exclusive school along its San Juan-bound side. Visible in the photo is the congestion along the overpass from EDSA.