I have been to Singapore many times but usually go through Terminal 2 and the Budget Terminal. It came as a pleasant surprise that our Singapore Airlines staff announced we were arriving at Terminal 3 instead of at 2. I quickly realized the airline could do this as SIA flew out of both Terminals 2 and 3, with 2 used for flights to Asian destinations and 3 for flights to the US and Europe. Our aircraft would probably be flying to a US or European destination after we deplane. I have heard a lot of good stuff about Terminal 3, which is the newest and largest of the 3 main terminals at Changi. Mostly, I’ve heard and seen (in photos) about it from my wife, whom I trust to know what a good terminal is based on her frequent flights abroad. She has been to more international airports than me including those in Europe and the US. My first impression of Terminal 3 is that it is perhaps the best terminal I’ve seen so far and definitely puts Changi in the Top 2 or 3 airports in the world. 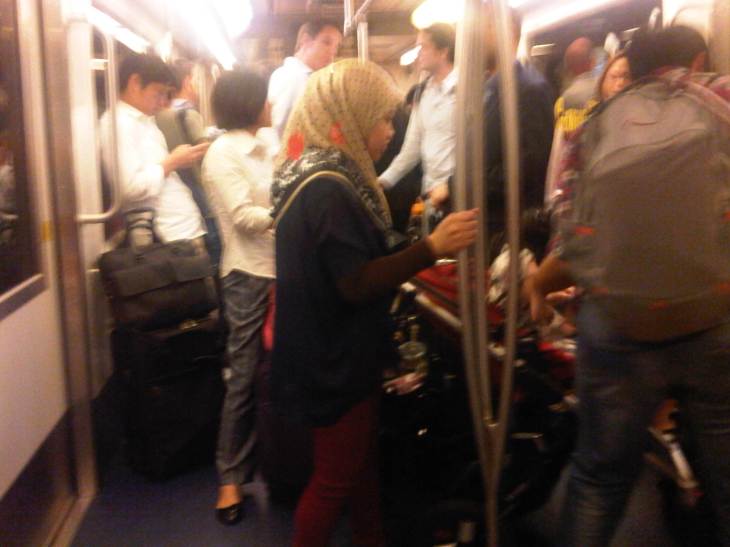 Crowded Skytrain servicing the Changi Airport Terminals (except for the Budget Terminal, which is accessible via a shuttle bus). 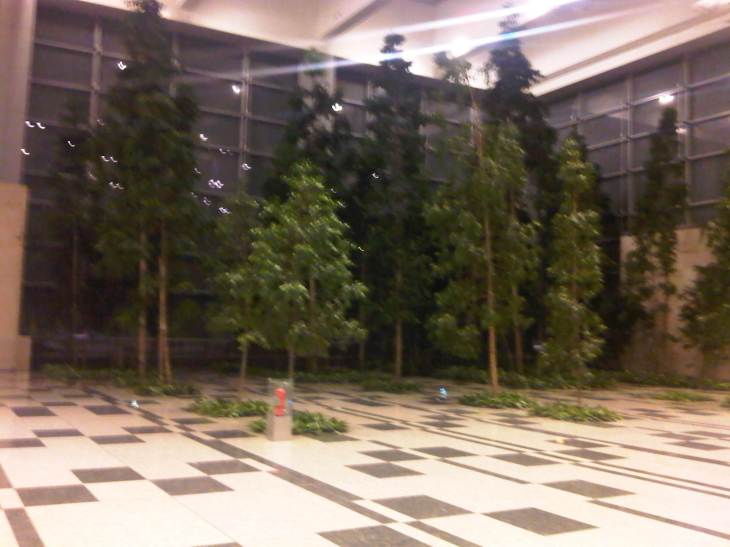 Indoor pocket forest at Changi’s huge Terminal 3 – these were actual trees laid out inside the terminal  that visitors could see as they descended the escalators from the concourse to proceed towards the immigration counters.

Statues of a couple on what looks like real grass with bird flying around them. There was a description near the artwork but opted not to approach and be too touristy considering this area was just before the immigration counters. 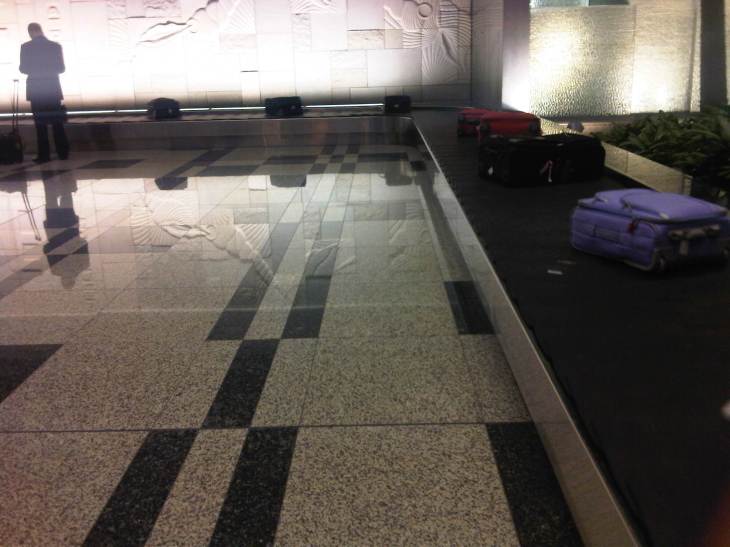 At the baggage claim area waiting for my luggage to arrive via conveyor, I noticed the sparkling floors of the terminal. They actually mirror the relief work of the walls.

By d0ctrine in Airports on August 6, 2012.
← Davao’s Traffic Management Center Solutions to floods and traffic in Marikina, Antipolo and Cainta? →