Special lectures on transportation after the 2011 tsunami in Japan

We recently had the honor of hosting two professors from the Tokyo Institute of Technology (Tokyo Tech). Prof. Tetsuo Yai was an adviser to two (2) faculty members of the Institute of Civil Engineering of UP Diliman and Dr. Daisuke Fukuda was adviser to a former student of ours who is now with De La Salle University. While both are in the transportation field, their laboratories are located in different campuses of Tokyo Tech. Prof. Yai’s laboratory is at the Suzukakedai campus in Yokohama while Dr. Fukuda’s lab is at the main campus in Ookayama where Prof. Yai used to have his laboratory.

Prof. Yai delivered a lecture on “The Progress of Miyako Recovery Plan from Tsunami Disaster” while Dr. Fukuda presented on the “Impacts of Rolling Blackouts on Railway Transport Service in Tokyo Metropolitan Area after the 2011 Tohoku Earthquake.” The lectures were held at the Toyota Training Room of the National Center for Transportation Studies (NCTS) with an audience comprised mainly of graduate and undergraduate students of Civil Engineering. 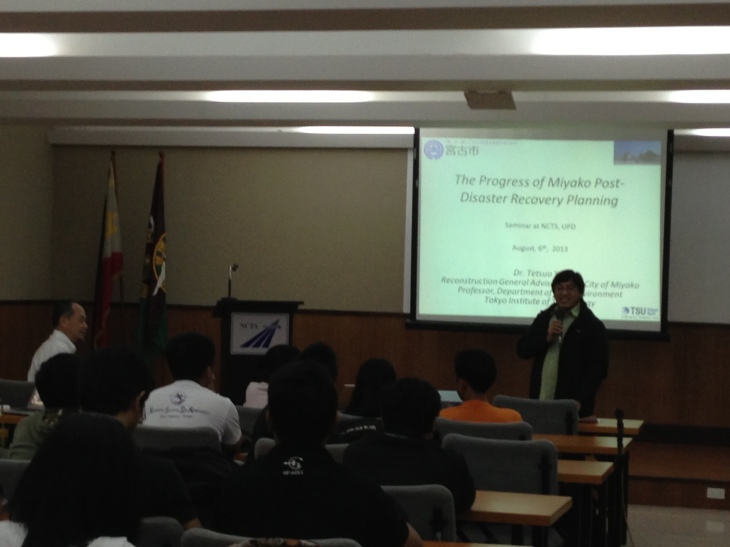 Prof. Yai introducing his topic and talking about the earthquake and tsunami that hit the Tohoku region in 2011.

Prof. Yai explaining about the effects of the tsunami on Miyako City and the initiatives for recovery. 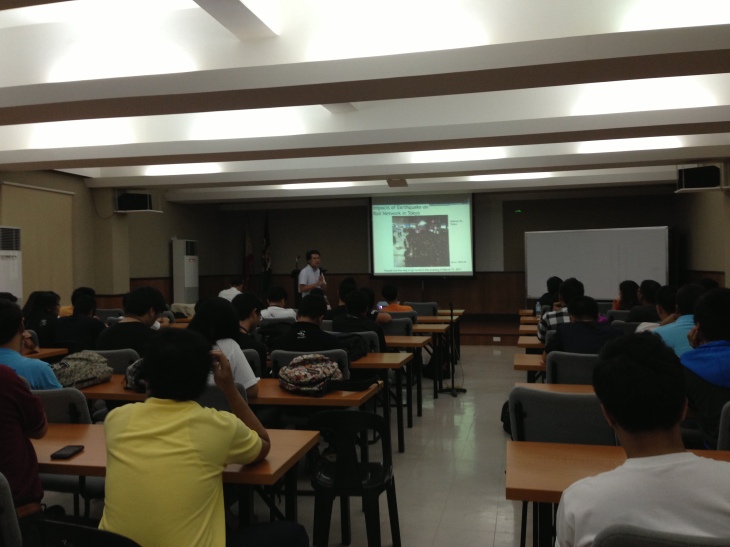 The lectures were well-attended.

Dr. Fukuda explaining on the impacts of blackouts on rail transport and commuting times in Tokyo and its  surrounding areas.

By d0ctrine in Academe, Infrastructure, Land use, Transport Planning on August 8, 2013.
← Airport limousine bus at Narita Walking around Ginza →