The first part of this feature on the Dau Bus Terminal in Mabalacat, Pampanga showed the city’s PUV Common Terminal, the bus berths from the entrance of the terminal and the many stalls lined along the terminal. This second part features more photos including some showing a tricycle terminal and an airport shuttle lounge inside the huge bus terminal.

The interior shows an even more expansive bus terminal with more berths, a tricycle terminal and the Clark Airport shuttle station.

Clark Airport Lounge in the middle of the bus terminal 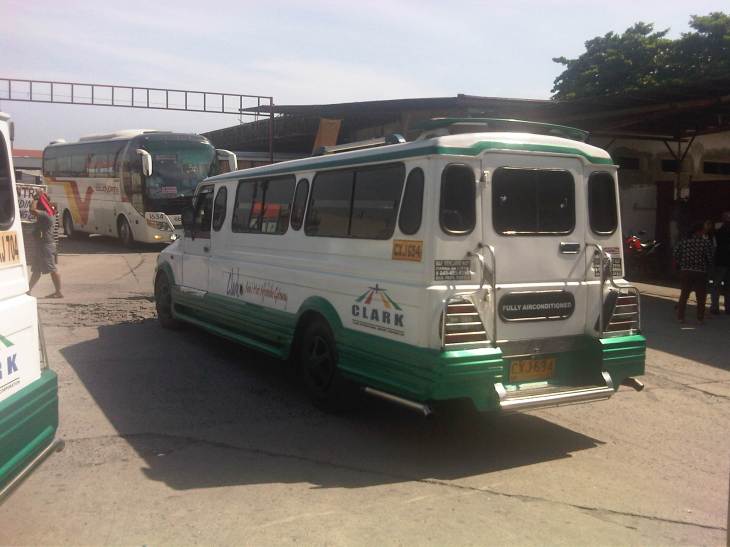 The Clark Airport shuttle jitney is an extended or stretched Asian Utility Vehicle (AUV) that typically seats 27 people including the driver.

The tricycle terminal at the bus terminal allows for a more direct transfer between modes (i.e., long distance, inter-provincial or inter-city transport to local transport).

Passengers from the lounge board the airport shuttle. Luggage are also taken inside the vehicle so it can only accommodate a limited number of people rather than the 27 I mentioned earlier.

Another look at passengers waiting for their buses at the available (and limited) benches at the terminal. The benches shown seem to be ‘sponsored’ by a leading Telecom company. 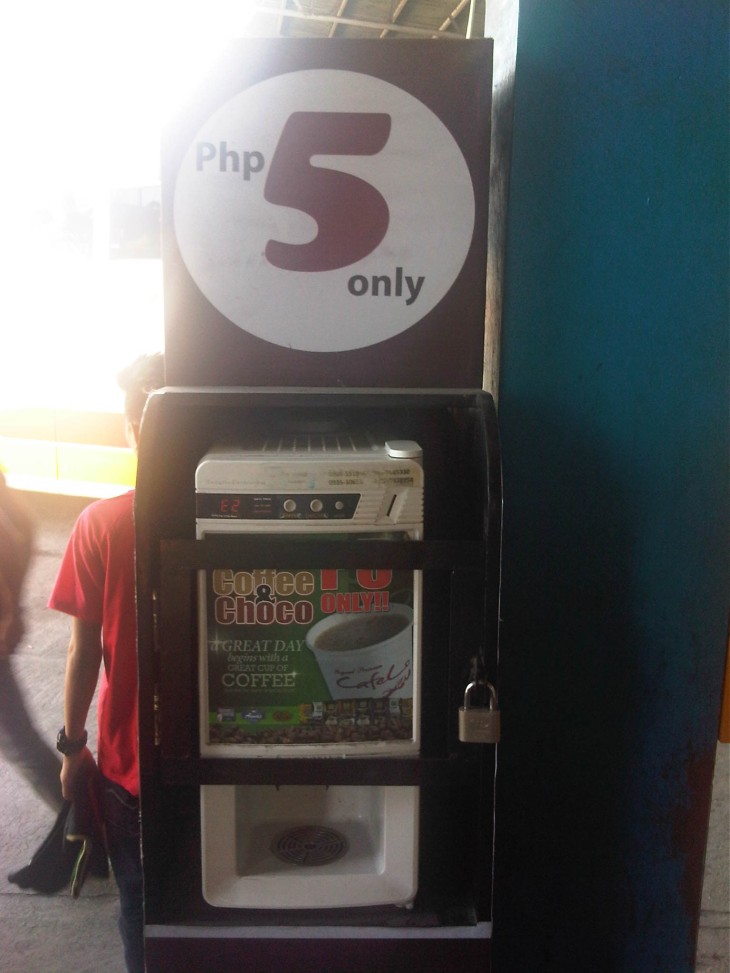 Beverage dispenser at the terminal

Low batt? Cellular phone chargers are quite popular with passengers needing a quick battery charge while  waiting for their buses to arrive at the terminal.

Public comfort rooms or toilets at the terminal charge 5 pesos (about 12 US cents) for each use. There’s a sign that says payments are made after use. The fees are supposed to cover maintenance of the toilets but don’t expect much in terms of cleanliness or smell.

Passengers board a van at the Mabalacat City PUV Common Terminal. PUV stands for Public Utility Vehicle and basically stands for the vans running long distance express routes that are supposed to be non-stop or limited stop. 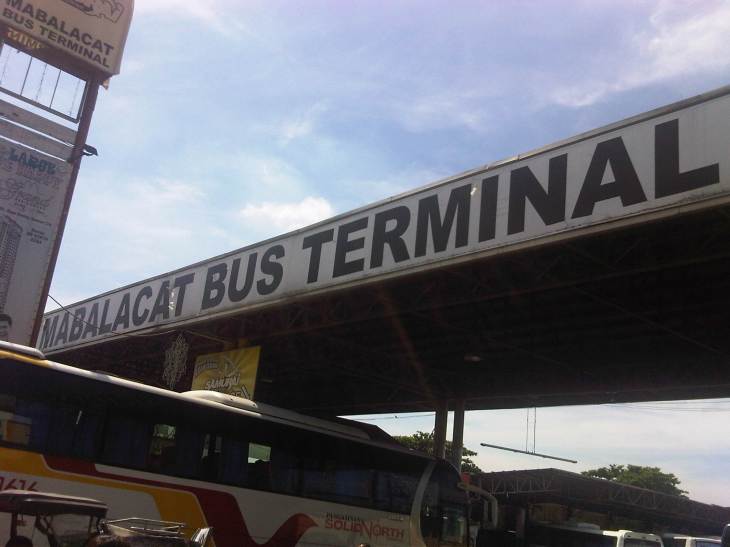 Huge signboard at the entrance to the terminal

The huge bus terminal is a good example of a regional bus terminal in the Philippines and one that is also a multi-modal facility at least for road transport. It is relatively well-run and is a major transfer point for people traveling between much of Luzon Island including Metro Manila. There is definitely room for improvement including amenities for passengers and perhaps a more modern airport shuttle lounge. Perhaps there should be more investments to further improve this terminal used by so many passengers traveling mainly on the provincial buses calling on the terminal.