The overpass at SM City Marikina is a bit more complex than what it looks like across the bridge. Here are some photos of the footbridge connecting the mall with the Santolan Station of Line 2: 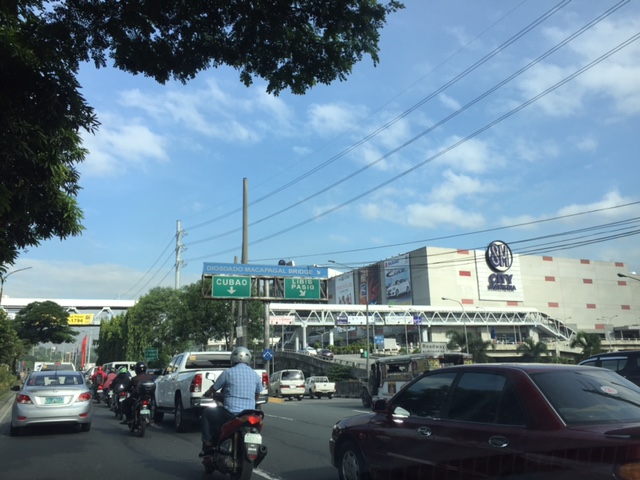 The overpass is a very long one and provides users with a partially covered walkway connecting to the LRT Line 2 Santolan Station. I say ‘partially’ because the roof over the overpass extends only across Marcos Highway.

Note the covered bridge is only until the other side of Marcos Highway. From there it is an open overpass as shown at the left in the photo above.

A closer look at the SM Marikina overpass shows just where the cover ends. There are stairs here leading to the loading/unloading bays across from the mall. There is also a path that leads to stairs to the public transport terminal under the bridge. There is a sign with a blue background in the photo stating the terminal is named after a former MMDA Chair who was also a mayor of Marikina and currently one of its congressmen.