One thing I always look forward to whenever I am traveling is to try out the public transport system of the cities I am visiting. My first day in Melbourne gave me an opportunity to familiarize with the city’s transportation including the trams and bikeways. Following are some photos I took as I went around the city center on-board their trams. I actually purchased a myki card but discovered a bit later that tram rides were free when you’re within the zone defining the city center. You only need to swipe or tap when you leave the zone where transit will charge the corresponding fares to your destination.

Tram passing by the stop where I decided to stand by to take a few photos while familiarizing with the network map. 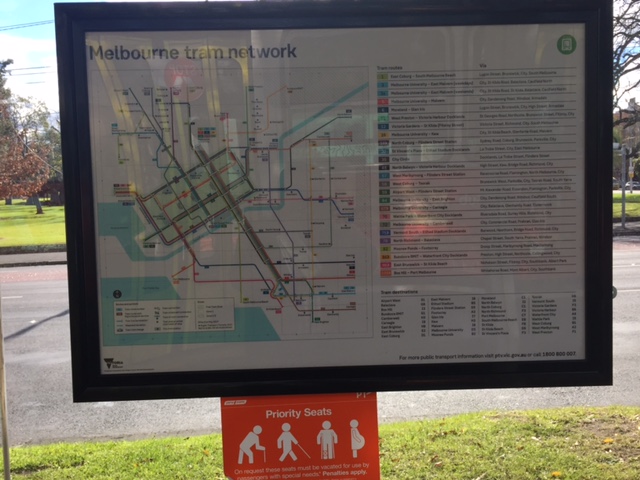 Inside the circle tram that goes around the city center 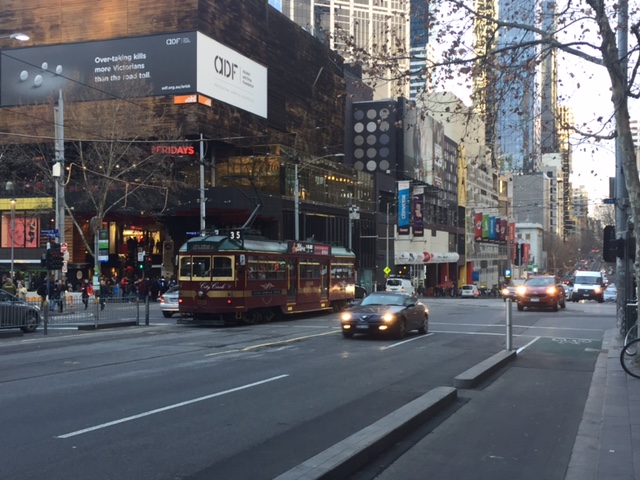 I found Melbourne’s transit to be quite efficient and the coverage was comprehensive enough considering the city was walkable and bicycle-friendly. This meant people had many options to move about and this mobility definitely contributes to productivity. More on transportation in Melbourne and Sydney in future posts.

By d0ctrine in Public Transport, Railways on August 8, 2017.
← Why do we need to reduce speeds? Topics for transportation research →