Home » Railways » Another look at the PNR tracks in Bicol

Another look at the PNR tracks in Bicol

Before I post on more recent photos I took from our road trip to and from Baler, Aurora, I just wanted to share photos I took of the PNR railway tracks from an earlier trip to Naga City. 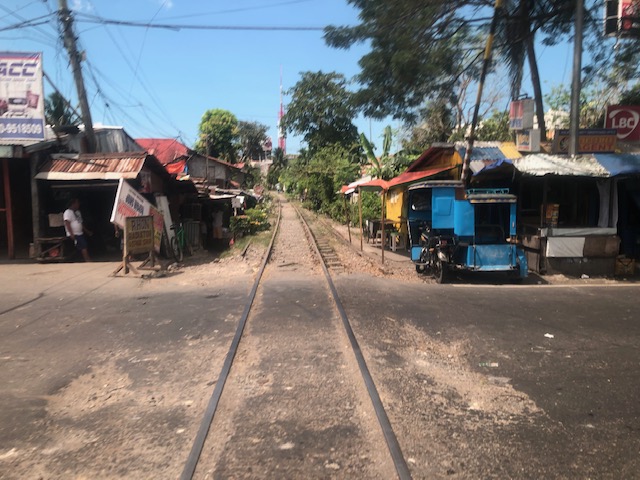 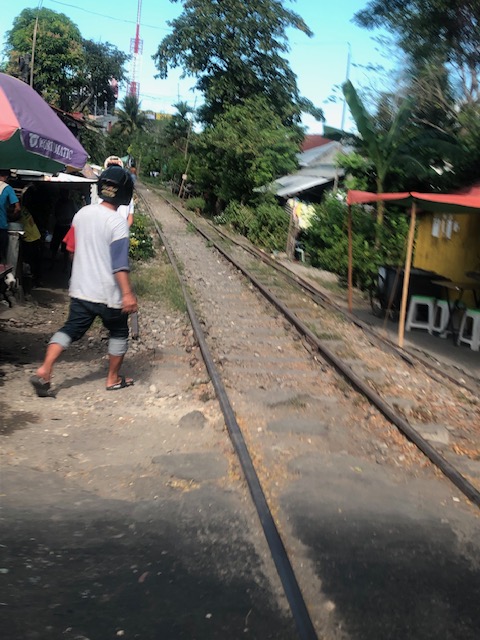 Notice that this is a single track set-up, which means only one train at a time along either direction may use the railway tracks. 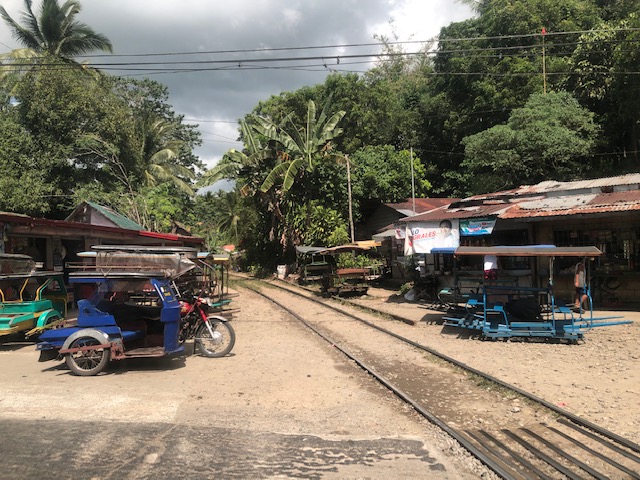 Another railway crossing with an informal tricycle and sled terminal. Yes, that’s another paratransit on the right that runs along the seldom if ever uses railway tracks. 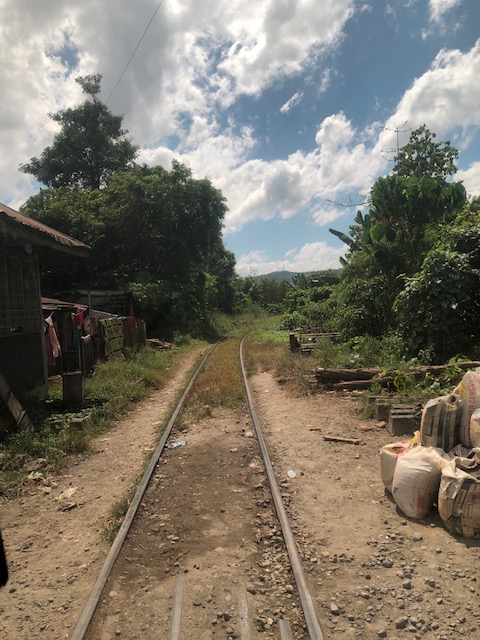 There seems to be no trace of railway ties or sleepers here.

The tracks here look like they are not longer in use even by sleds. 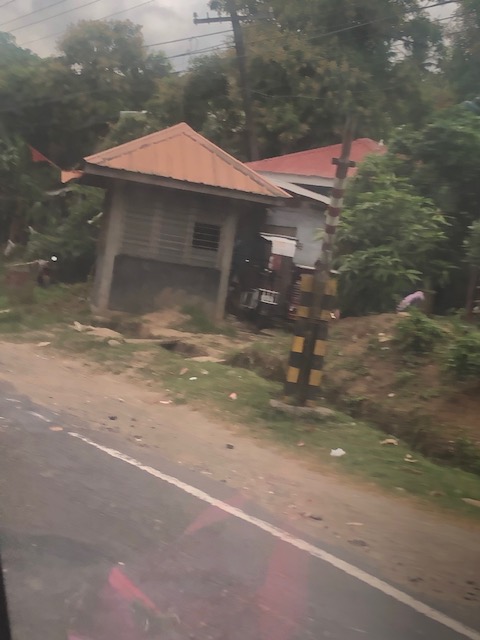 Old railway barrier that looks like its no longer functioning

Idle tracks as evidenced by the grass and the parked vehicles. A narrow road runs parallel to the tracks; giving access to homes along the riles.

There are railway ties/sleepers along these tracks that seem to be still in use judging from the limited growth of grass and the space being clear of obstructions.

More idle tracks including rails buried in the ground

Another railway crossing along the national highway