Bike lanes at the UP Diliman campus – Part 2

The bike lanes in UP Diliman are not limited to the Academic Oval. There are now also bike lanes along other major roads including Magsaysay Avenue, which is road immediately after the portal at the Asian Center and allowing direct entrance and exit via Katipunan Avenue (C-5). The bike lanes are along either side of Magsaysay Avenue and are of Class II – Type B (separated bike lanes) but there are no  LED markers that are ideally placed along the delineation for the bike lanes. 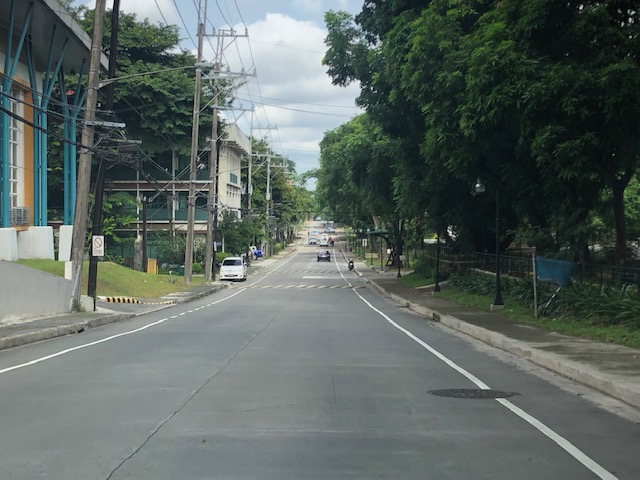 Painted bike lanes along Magsaysay Avenue, which is the road behind Malcolm and Melchor Halls. To the left is the Department of Mechanical Engineering Building and the Computer Center. To the right is the Resilience Institute.

By d0ctrine in active transport, Cycling, EST, NMT, Pedestrian on July 28, 2022.
← What are closed and what are open – NAIA Terminal 3 arrival Free public transportation services? →