Another example of what can be called “pwede na iyan” bike lanes are those found along Kalayaan Avenue in Quezon City. To be fair, the city made an effort to paint the bicycle lane and put up signs for this. However, one will observe that there is poor enforcement in relation to the bike lane as you would find vehicles parked on the lane. There is also the question of bicycle traffic as there doesn’t seem to be many cyclists along Kalayaan, making the space fair game for other vehicles including tricycles and motorcycles. Then there is the matter of connectivity. The Kalayaan bike lane seems to be isolated and does not have a connection to any other bike lane. The lane around the Elliptical Road, for example, is in the inner side of that road. Teacher’s Village does not have bicycle lanes but perhaps it is not (yet) necessary to have exclusive lanes in the still predominantly residential area (note: commercial establishments are still on the rise along major roads in the village). 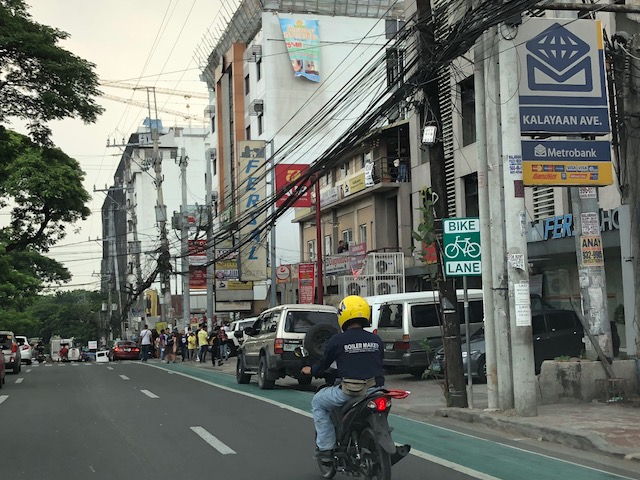 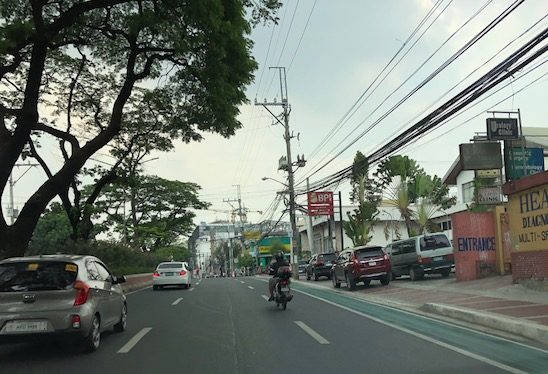 Free flowing traffic along Kalayaan – notice the vehicles parked on the sidewalk?

One big question comes to mind with regards to such bike lanes: How do we improve the situation in order to encourage more people to bike?  There are many answers to this question and the answers branch out to the infrastructure, policy, social and even societal, and other aspects concerning cycling. What we should bear in mind and what Quezon City and perhaps MMDA should work on is a strategy for promoting non-motorised transport (NMT) that includes walking and cycling that can be implemented metro-wide with safety and efficiency (incl. connectivity) as the main objectives rather than have piecemeal projects for show or demonstration.