Home » Disaster » Responding to the transport impacts of road crashes

Responding to the transport impacts of road crashes

Last March 9, traffic was terrible along Marcos Highway and roads connecting to it including Imelda Avenue and Sumulong Highway due to a truck that slammed into the scaffolding of the Line 2  Extension across the Sta. Lucia Mall, and barely missing the newly constructed column supporting the girders and elevated tracks of Line 2.

[Photo not mine but sent by an officemate who was glad to have taken his motorcycle that day instead of commuting by car.]

Following are comments I captured from Waze as I tried to get information about the traffic situation: 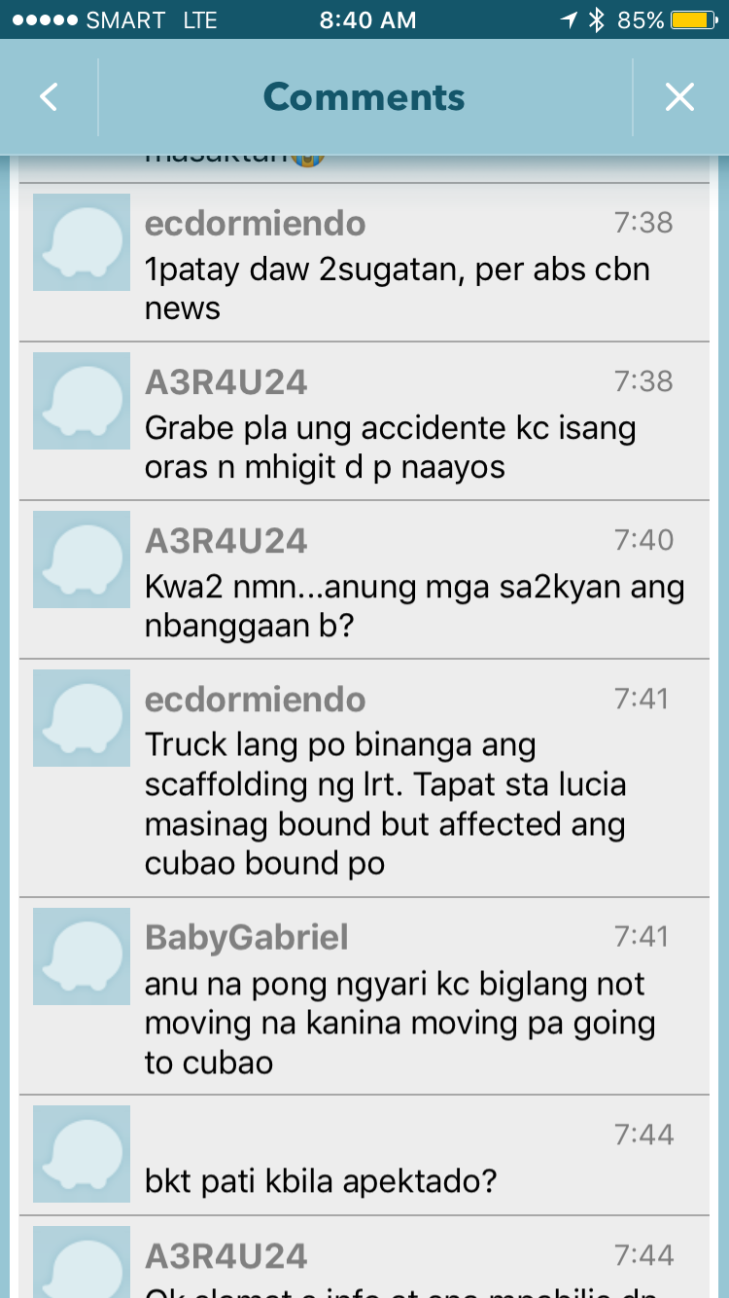 It is very clear from travelers’ comments that most were frustrated and many were angry about what seemed to be a very slow response from authorities in clearing the crash site and getting traffic to move faster. I myself wondered how a crash like this with its impacts manifesting in severe congestion along major roads was not dealt with as urgently as possible by so many entities that were not without capacity to act decisively. The front liner should have been the Metropolitan Manila Development Authority (MMDA) and there were at least four local government units directly affected by the congestion: Pasig, Marikina, Cainta and Antipolo. Surely, these LGUs could have done more if the MMDA couldn’t, in order to resolve the problem? If the availability of heavy equipment was an issue, weren’t there available equipment from Line 2 contractor, DMCI, or perhaps from the construction sites nearby (Ayala is constructing a huge mall near the area.)? Surely, they could lend a payloader or mobile crane that can remove the truck or at least help unblock the area?

I finally decided to turn back and work from home instead that day. Later, I learned that authorities had to stop traffic along Marcos Highway around 11:00 AM in order to tow the truck and clear the area for traffic to normalize. I hope this serves as a lesson in coordination among government entities and that future incidents like this will not results in a “carmaggedon” like Friday’s congestion. One thing that also became obvious is that travelers passing the area are all dependent on road-based transport and the primary reason why a lot of people were affected by the crash. The expanded operations of the Line 2, whenever that will be, will surely change transport in these areas and for the better.